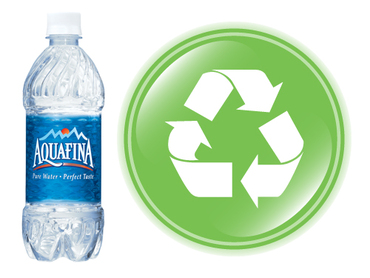 "This big improvement in bottled water container recycling over the 30% mark, while encouraging, reminds us that still more needs to be done," said Tom Lauria, Vice President of Communications at the International Bottled Water Association.

The 2007 NAPCOR study on water bottle recycling showed the recycling rate for water bottles was 23.4%, representing a 16.42% increase over the 2006 recycling rate of 20.1%. The 2008 studies examined post-consumer PET bottle bales in 15 locations in 14 states, and the analysis found: "NAPCOR determined that the total number of pounds of PET bottles and jars available in the United States for recycling in 2008 was 5.366 billion. This number reflects the total amount of PET bottle resin used by U.S. bottle manufacturers from U.S., foreign, and recycled sources, less scrap generated and not reused, exported bottles and pre-forms, and bottles less than eight ounces in size."

Average Gram Weight per Bottle Declined by 26.7% Over Past Seven Years In tandem with the new NAPCOR studies, the IBWA has tracked the average amount of plastic used in 0.5 liter (16.9 ounce) PET bottles, using published data from the Beverage Marketing Corporation (BMC) to determine a light-weighting trend in the bottled water industry. In the year 2000, the average weight of a plastic water bottle was 18.9 grams and since then has declined consistently on an annual basis. In 2007 (the last year BMC has complete data) the average weight of a PET water bottle was 13.83 grams, which represents a plastic decrease of 26.7%. This light-weighting trend is steadily continuing as some bottled water brands introduce consumers to a 10.0 gram PET bottle.

"Bottle weight is swiftly tumbling downward as recycling rates for bottled water containers have risen sharply," said Mr. Lauria. "It is very clear that the bottled water industry is consistently heading in the right direction year after year, while delivering the convenience, safety and refreshing hydration that made bottled water so popular in the first place."